Shopping Cart
Your Cart is Empty
Quantity:
Subtotal
Taxes
Shipping
Total
There was an error with PayPalClick here to try again

Thank you for your business!You should be receiving an order confirmation from Paypal shortly.Exit Shopping Cart

So after learning about steering behaviors, the book talks about how they can be implemented in a very simple soccer game. I am going to implement a similar soccer game on my own. I actually finished reading through that chapter of the book and it has given me a great insight on how to pursue it.

I decided to use C++ to implement my demo, the reason being I needed more practice with C++. I decided to use 2 libraries, glm which is a basic header only math library available for opengl. I plan to use it mainly for vector math. The reason I am doing that is so that I can speed up my time and concentrate more on developing the demo rather than the framework I would require to develop it. I also decided to use the Allegro library for basically rendering the images on screen and easily setting up a game window. I did successfully integrate both in my project and started coding the framework and class hierarchy.

My basic class hierarchy looks as shown below. 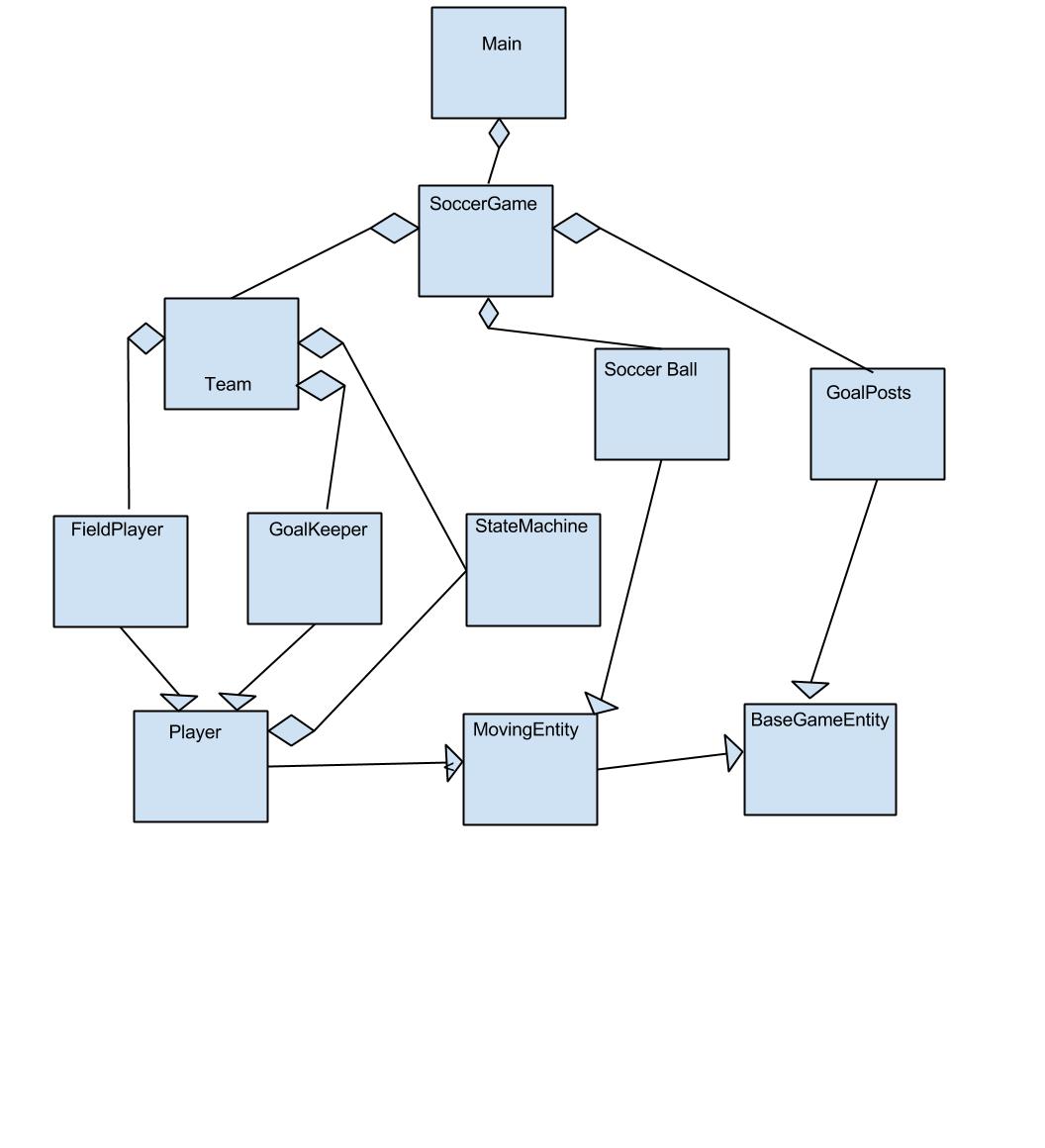 I was able to successfull create the class structure, and have implemented the basic draw calls. My current game demo is able to render the following on the screen - 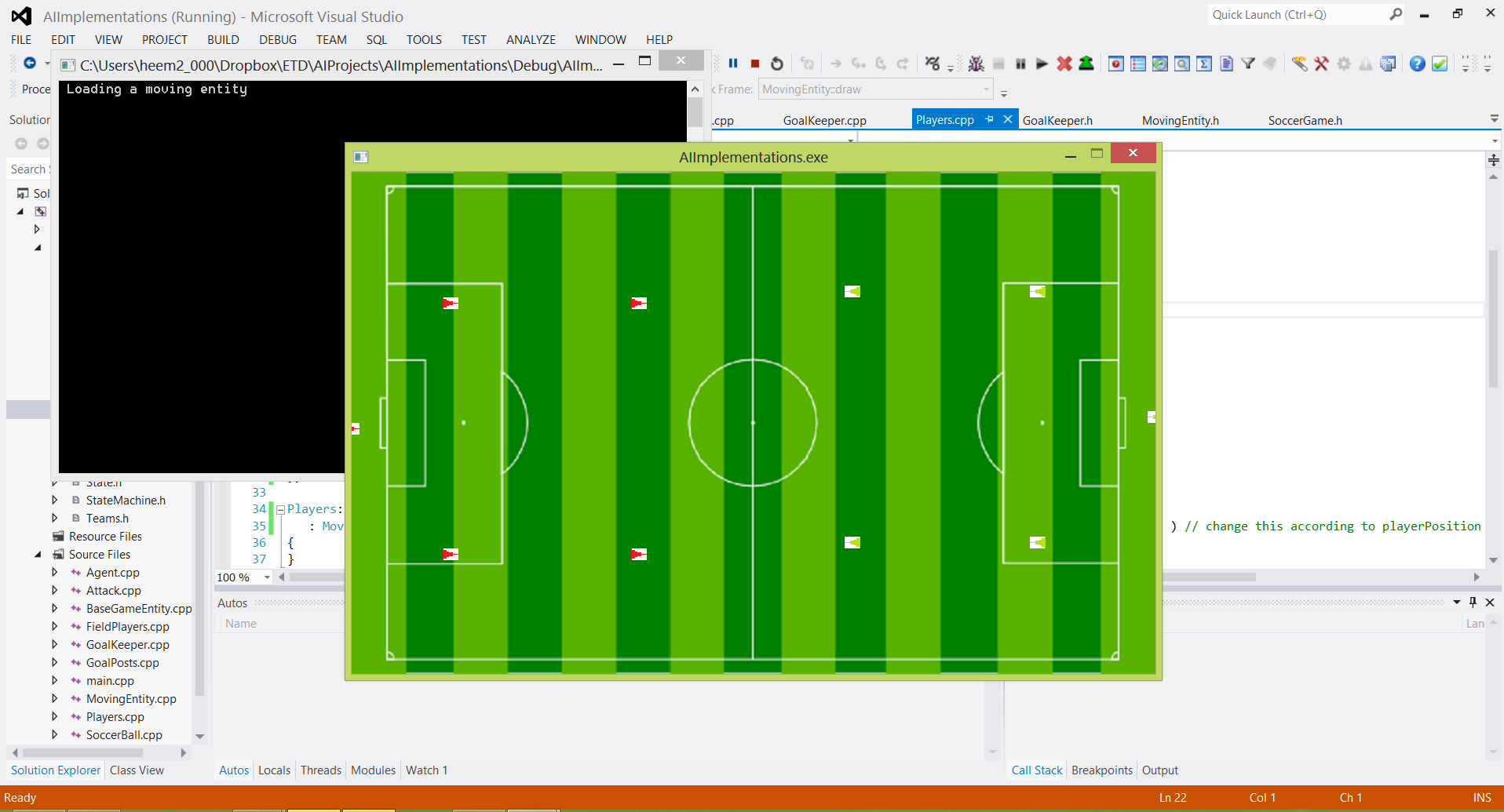